Dade City was named for Maj. Francis L. Dade, who perished in the Dade Battle, which opened the Second Seminole War in 1836. As the county seat, formality intermingles with frontier roots in a revered, historic courthouse, a stately jail, and an array of churches and historic homes. Dade City entices visitors with antique shops, cafés, and historical architecture. Folks are drawn to the hospitality of the Kumquat Festival, the homespun county fair, and agricultural showcases at area ranches. In 1908, O. Henry included Dade City in one of his short stories as a symbol of Americana. Surrounding the historic town are alluring places that tell the stories of Florida: the Withlacoochee State Forest, Lake Jovita, Trilby, Lacoochee, and San Antonio to name a few. 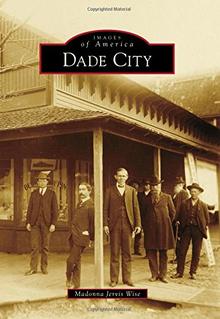 Zephyrhills has had many monikers, including Oakdale, Abbott, Abbott Station, Friendly City, and City of Pure Water. The universal appeal of this treasured location is the weaving of diverse people. Native Americans first imprinted the area and are immortalized today at nearby Fort Foster and Fort Dade. In 1886, Simon J. Temple purchased land from the Florida Railway and Navigation Corporation. Soon after, Capt. H. B. Jeffries of the Pennsylvania 28th Calvary established a Civil War veterans’ colony with son-in-law Raymond Moore. Jeffries coined the town’s modern name during a multisensory excursion to the highest elevation point―scenic LeHeup Hill―where he gazed down on the city (no doubt taking in pastoral views and breathing fresh air from gentle breezes off the hills) and exclaimed, “a haven of ‘zephyr’ hills!”

Wesley Chapel originated in the mid-1800s as a cohesive community of settlers who demonstrated a uniquely rural authenticity and independence of spirit. Evidence of Native American presence in the area has been documented as early as 10,000 BC. Lumber harvesting and turpentine production became prominent industries, while cash-crop farming, citrus, and livestock ranching provided sustenance for the pioneer settlement. Charcoal kilns, gator hunting, and moonshine stills supplemented incomes and spawned legends. The community was also identified by the monikers Gatorville, Double Branch, and Godwin. From 1897 to 1902, Wesley Chapel boasted its own post office, two sawmills, and a general store. Primitive roads left residents with an informal town nucleus, and services shifted to surrounding towns until the late 20th century, when postal service and incorporation emerged, and the lumber trusts of John D. Rockefeller, Otto Hermann Kahn, and Edwin Wiley morphed into sizeable ranches.

Tapestry - Zephyrhills: An Anthology of Its History Through Education is a collection of news coverage of formal education in Zephyrhills, Florida. The reader will see history through the eyes of ordinary students experiencing the regional and national historical events that shaped their lives, as well as the rites of passage of growing up in the ambiance of a small Florida town. Over the years, the town and its schools adjust to and reflect advances in technology, societal changes and dramatic growth. You will come to know the local families and laugh with them at their joys and feel the pain of tragic losses. You will experience the town's pride in their local celebrities. Commemorating the 100th anniversary of Zephyrhills High School, which served as a cultural compass and center for local events and issues, the book provides highlights and news summaries from every year. Decade summaries for 1910 to 2010 highlight changes and movements as well as their impact on the community. The book chronicles the community's evolution and tells its history from the vantage point of education.

of Its History Through Education 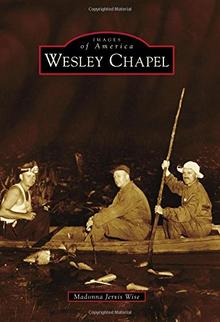 A Haunted History of Pasco County 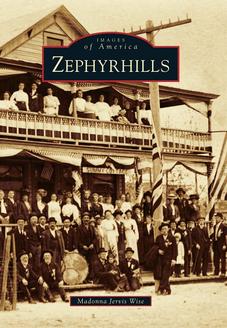 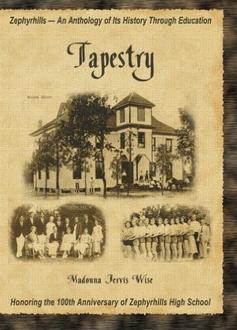 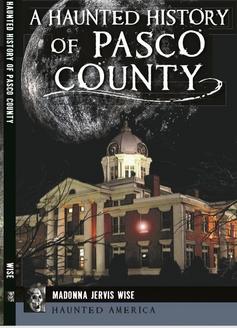 In a land occupied for thousands of years, mystery and unrest linger. Anguished soldierly figures dot the landscape of Pasco County, from the doomed march of Major Dade and his haunted hill to the ghost of Captain Jeffries standing watch over his homestead in Zephyrhills. A pair of spirits drifts about near a Dade City pond, perhaps the brother and sister cut down during the infamous Bradley Massacre. Echoes of the once rugged frontier rebound from the Ellis-Gillett feud, vigilantism and Sheriff Bart's justice. Obliterating the mounds of indigenous people cast an ever-present and ominous tone over sacred grounds throughout the county. Author Madonna Wise shares ethereal accounts of the Meighan Theatre, the treacherous Road to Nowhere, the Edwinola Hotel and more.​