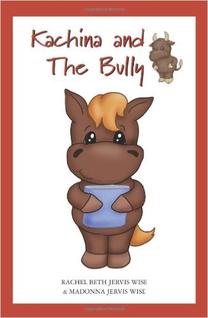 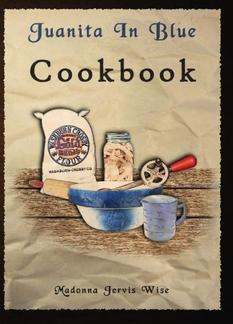 Kachina and the Bully

Juanita In Blue Cookbook is a Great Depression era cookbook with authentic recipes of the day. The recipe collection is that of Juanita Widner Jervis who was a legendary chef and Restaurateur in central Indiana. Growing up in the 1930’s, Juanita was a farm wife and mother as well as a community leader, nurturing all she came in contact with throughout her life. As a business woman she owned and operated The Rainbow Café in central Indiana which was known for its gourmet pie recipes for nearly 20 years. The recipes (including restaurant quantity specialties) intertwined with vignettes of Juanita's beloved family and life events provide Depression-era recipes and glimpses into rural life in the twentieth century. 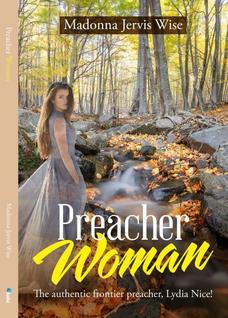 A stunning and resilient lady preacher answers the formidable calling of evangelism in the rural Midwest in the 1880s and sets out to convert the masses through her trance evangelism, fighting looming nemeses that range from a land-owning naysayer who adamantly opposes women in the pulpit to a brutally aggressive disease and a family and community which are bewildered by her passion.
LYDIA NICE was a late nineteenth century wife and mother from rural Indiana. Known as Preacher Woman, she was called to lead revivals while she was in her twenties, full-well knowing that the vocation was unconventional for a woman. She persevered to lead revivals throughout the state. With three small children and a moderately supportive if not apathetic husband, she withstood enormous accolades but also harsh criticism. When the criticism turned to moral attacks and accusations of preposterous adultery, she reacted in an unheard manner…she sued the distinguished wealthy, gentleman land-owner for slander and restitution. A twelve member all-male jury after hours of deliberation, decided in her favor. She won the unprecedented case but with three defense attorneys linked to political establishment, stoked in strong biases for traditional authority and reluctant to embrace change, the judge mocked her female spunk. The spectacular sermons continued however, as Lydia was stricken by a life-altering obstacle… 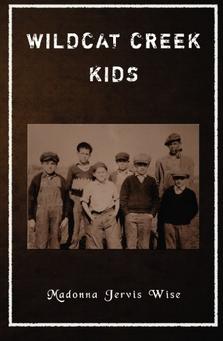 Kachina & the Bully is a book that centers around middle school student, Kachina, and her peers, as they cope with bullying scenarios. Tweens through adults will enjoy reading this book which incorporates strategies and practical ideas for dealing with harassment and bullying. The majority of the stories are based upon real situations. The tales will undoubtedly offer some valuable insights into avoiding, preventing, and intervening with bullying episodes. Kachina’s predicaments and dilemmas will both entertain and provide valuable approaches for navigating a world that includes bullies. This mother and daughter team of writers, Madonna Jervis Wise, a Licensed Mental Health Counselor and Rachel Beth Jervis Wise, an active teenager, personified their cherished horse, Kachina, and relate bullying to herd mentality and pecking order.

Wildcat Creek Kids champions the significance of relationships while tracing a journey through adolescence during the Great Depression in a Midwestern community. The farming village of Cutler endures hardships but the Wildcat Creek provides respite, recreation, and conduit for constant regeneration in the midst of adversity in the 1930’s. Surviving an era of disease prior to the advent of modern medical treatments such as antibiotics and immunizations, the kids of Cutler suffer losses, arbitrary afflictions such as the feared polio and poverty. Colloquialism and local legend provide texture to the tales that are based upon authentic provincial events. Institutions of the New Deal era infuse change to the lifestyles but the cooperative spirit is paramount. The characters’ resilience and ingenuity shine through in the accounts which are based upon the life of Doyle Jervis, his adult mentors who serve as moral compasses for his life, Mommy Allen and Bright Shaffer, as well as a huddle of assorted and diverse pals. 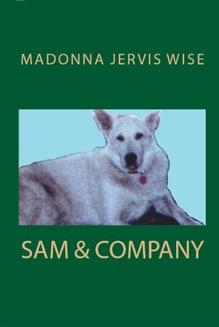 Sam & Company is a collection of short stories that chronicle the impact of a beloved dog named Samantha (Sam) on a neighborhood. Topics cover an array of family developmental issues in an extended family. The dog's antics range from the hilarious to the mysterious and evoke all types of emotions in the characters. The book is a great reading for all ages and is equipped to also be used by educators and group facilitators. Discussion guides provide thought-provoking questions and exercises for follow up.